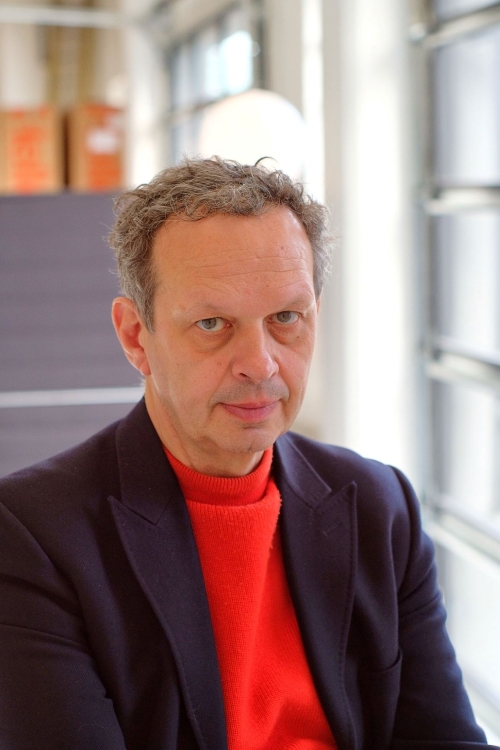 We had the pleasure of sitting down with Tom Dixon while he was in town for his talk at the new Inform Contract  showroom as part of his FAT America Tour.

Tom embarked on a coast-to-coast tour of the US and Canada, unveiling key pieces of his 2019 collection in a prequel to the official launch at Salone del Mobile in April. Using lessons learned in the rock’n’roll business, he hit the road to preview his new creations in New York, Los Angeles, Atlanta, Austin, Seattle, Toronto and Vancouver. 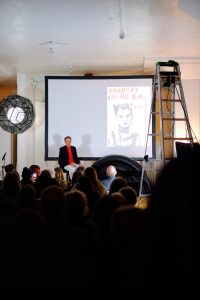 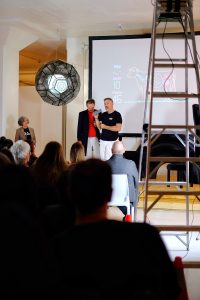 His stop in Vancouver featured an installation of never-before-seen pieces from his FAT furniture collection and OPAL lighting designs. FAT, his new upholstery chair range is designed to hug the body and allows for multiple sitting positions. Available as a dining chair, high stool and lounge chair, the extreme simplicity of components is a testament to form following function, whilst maintaining a humorous silhouette and a reductionist aesthetic. Quite a balancing act! 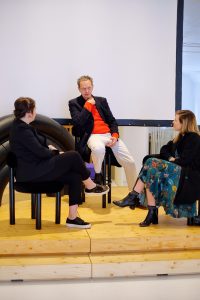 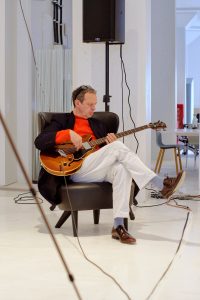 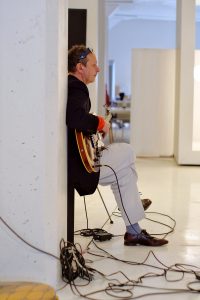 We chatted with Tom about the importance of design fairs, his upcoming collaboration with IKEA that will be featured at the RHS Chelsea Flower Show and the business of design. The focus of our conversation was on the upcoming Milan Design Week in April and what he had planned. Tom is returning to Milan after a year’s absence and the approach this year is a space where the Tom Dixon Studio team can embed themselves into the heart of Italy’s commercial and cultural capital and be part of the narrative year round. The answer is a permanent space in the form of a restaurant. Aptly named The Manzoni, the new 100-cover restaurant has been created by Tom’s Design Research Studio. Pre-Opening is at the beginning of April to coincide with Milan Design Week followed by a re-opening after Salone as a permanent restaurant and showroom.

The Manzoni Restaurant will feature the FAT upholstery chair range that was on display at Inform Contract. Tom described the design inspiration for the FAT collection as a response to something lacking on the market. He stated, “this collection fulfills our personal needs. We couldn’t find a comfortable and sculptural bar stool with personality so we made one.” FAT is made from moulded foam with a metal leg launching in high gloss black lacquer and made to order upholstery. The designs are manufactured in Europe, then hand finished and upholstered by experienced craftsmen. The FAT chair range has bold, exaggerated lines but the function of the designs are not compromised in any way for the look. Tom described his approach to the design as “one of the first times where I designed a collection that truly followed the form follows function approach. Coincidentally it’s the 100th anniversary of The Bauhaus and this collection has a lot of references to Bauhaus.”

He was joined by Swedish company Teenage Engineering, a company renowned for high-end pocket-sized synthesizers, resulting in the perfect duo of disruptors. Teenage Engineering creates high quality, well designed, electronic products for all people who love sound and music. The company’s passion is technology, design, quality and simplicity and was founded in 2007. The interactive performance by Teenage Engineering completed the evening. Many guests including Tom Dixon himself joined in on the session.

For more information on the FAT furniture collection and the OPAL lighting designs visit Inform Interiors.